For this season of the MARBAL project, we are analyzing existing mortuary collections curated at the Muzeul Național al Unirii (National Unification Museum) in Alba Iulia. Our hope is that the data we collect this season, as well as the samples taken from these collections for radiocarbon dates, stable isotope analysis of mobility and diet, and ancient DNA  will provide an important baseline of regional knowledge. 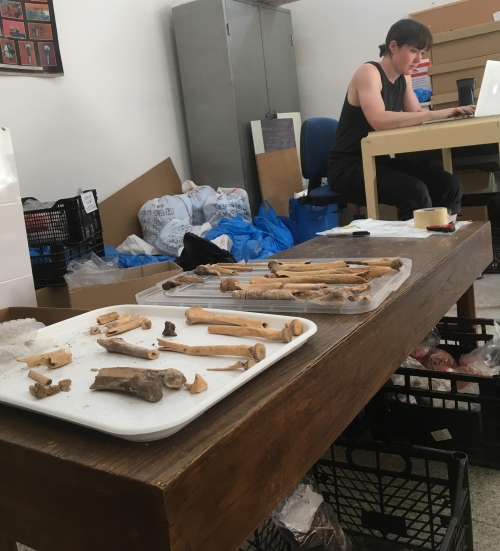 This season’s lab work is only possible thanks to the work of project collaborator Horia Ciugudean, who has ensured that human remains from his excavations have been curated and made available for study. While collections analysis is always fraught with difficulty (e.g. working with mislabeled or deteriorating bags), we have been able to extract a significant amount of information from these collections, some of which were excavated decades ago. 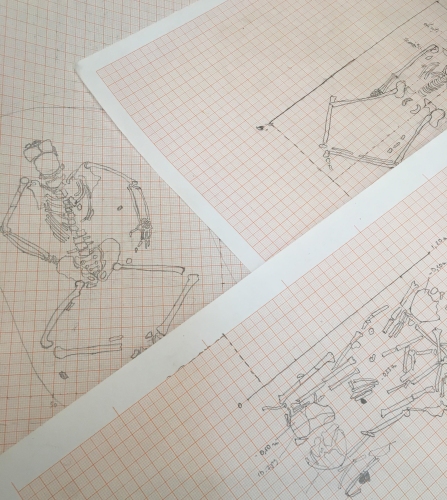 The biggest issue for mortuary archaeologists and bioarchaeologists working in Romania is that there are surprisingly few collections of human remains to analyze. This can be summarized as issues of resources and research questions. For a long time, Romanian archaeology was hampered by a lack of time and resources to excavate sites and curate these kinds of assemblages. In Romanian Bronze Age archaeology, the focus has traditionally been on recovering ceramic and metal artifacts, with far fewer resources dedicated to analyzing human remains.

This is where we see the power of archaeological research questions. Because European archaeology is more closely related to history than anthropology (in contrast to the USA, where it is linked to anthropology), there are many differences in how sites are excavated, recorded, analyzed, and curated. While historical research questions focus on “where” and “when” something happened, anthropological questions also encompass “how” something happened, “who” did it, and “why.”

Developments in both American and European archaeology have increasingly emphasized overlap between these different approaches (see Kuijt et al. 2014). This legacy, however, has meant that Romanian museum collections are full of metal and ceramics (which can tell you “when” something happened based on relative chronologies) and lack collections of human remains – which often are not formally accessioned within museum collections.

Things are changing in Romania. Recent research by Ion Motzoi- Chicideanu (2011), Nona Palincaș (2014), and Gabriel Bălan (2014) has emphasized what human remains, and their context, can tell us about human behavior and societies in Romanian prehistory. New radiocarbon dates and isotopic research by Claudia Gerling and Horia Ciugudean (2013) have shown the ways in which bone chemistry can inform our understanding of the past in southwest Transylvania. The rapid increase in large-scale contract archaeology related to the construction of highways and pipelines in this developing country has meant that Romanian archaeologist now have the time and resources to excavate a wide range of critical sites. In fact, the MARBAL project is now analyzing important finds that only came out of the ground last week! 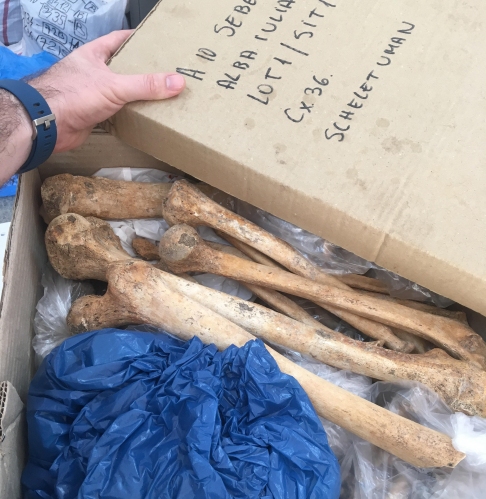 Without having an opportunity to analyze human remains in the field, and collect the bones in a systematic way, there are limits on the information we can recover from these collections. It is critical that new excavations of mortuary landscapes – which employ cutting edge excavation, recording, and analytical methods – are undertaken to fully understand the life and death of Bronze Age Transylvanian communities. The data collected this season will be important for providing a baseline for future bioarchaeological research, but our research here also underscores the need for new systematic excavations.

This site uses Akismet to reduce spam. Learn how your comment data is processed.